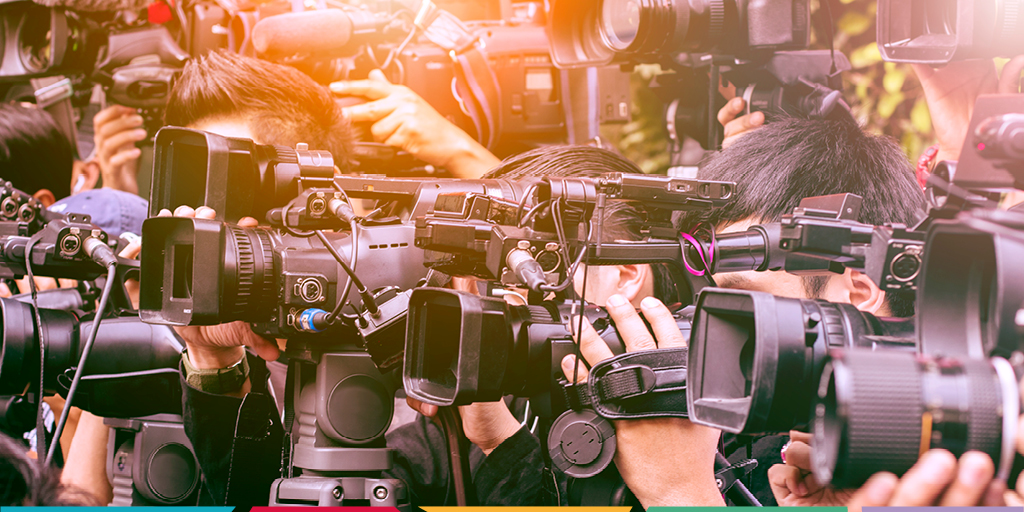 Those who win want to shout it from the rooftops, those who lose prefer to stay far away from the microphones. Communicating after a victory is a lot easier than after a defeat. In this respect, an athlete’s communication is similar to that of a company. But what exactly can a company learn from sport?

Lotte Kopecky and Jolien D’Hoore, our Belgian track cyclists at the Olympic Games, have no fond memories of Tokyo 2020. Lotte just missed the podium in the women’s road race and then crashed during the Madison race together with Jolien. Both performances leave a sour taste in the mouth. But they do not shy away from that loss when they explain the Sporza journalist what went wrong: “The disappointment prevails, we really worked hard for this day. Sometimes it goes really well and you can avoid every crash, today we were just in the middle of chaos and it didn’t work out. We had hoped for a lot more, but was not meant to be.” First basic principle: acknowledge your loss and do not make lame excuses.

This also includes transparency. When a top gymnast like Simone Biles gives up due to mental health issues, she does it in a transparent and honest way. The strength here lies in not lying or withholding information about why something did not work out. Sooner or later that will turn against you. With this second basic principle, you take a proactive approach and break the news yourself. It is the only way to maintain high credibility. You can create a framework, tell your story and you do not have to defend yourself against opinions and insinuations.

A fatal error in each form of crisis communication is looking for the cause in everything and everyone but yourself. In sport, too, there are numerous examples of players and trainers blaming others for their defeat, not the least the referee or poor conditions. It is better to recognize that sometimes someone else performs better than you. Or that someone is twisting the rules in his or her favor. So with our third basic principle, first look at yourself and where you have missed out on opportunities to win. Tearing someone down only makes you arrogant.

NLet’s go back to Lotte Kopecky. Once at home, she notified her Instagram followers that she will be ready for a new challenge at the end of September. And that is where the fourth basic principle kicks in: take a positive view of every defeat and consider what you, as an athlete (or a company), can do better next time in order to increase your chances of success. Take the time to make the necessary analysis and prepare yourself for what want wrong last time. And in doing so, you immediately avoid having to communicate negative news.

Finally, be aware that many top athletes are also well coached beyond the field/track/road. They know how to deal with the media, they are trained to give the right answers or to steer a story so they can turn a negative performance into an opportunity. In this respect, business leaders in crisis situations could learn a lot from top athletes. And here too, it all starts with good preparation.

Tags: Blog
Back to Blog

Selling products via Amazon? Learn how to get started with 5 tips:

Lately, it has become clear how important it is to have a good e-commerce strategy. Just like in...
Read More

“If you want a strong brand, you have to get the whole picture right. Just look at brands like...
Read More

These days, just about every brand is convinced of the power of a good influencer collaboration....
Read More